Iceland, that fabled land of fire and ice – with its uniquely Instagramable landscape and its pleasing appeal to adventurers, chill seekers and geology geeks – is a heavy hitter on bucket lists far and wide.

Iceland was definitely one of my travel goals, so when I went online to book a trip to Disney World, and stumbled upon an incredible deal on flights to Reykjavik, I ditched those princesses faster than you can say “Bibbidi-Bobbidi Woohoo!”

We had the BEST time, and here are 10 reasons why you need to go there too!

Kids are free or cheap everywhere 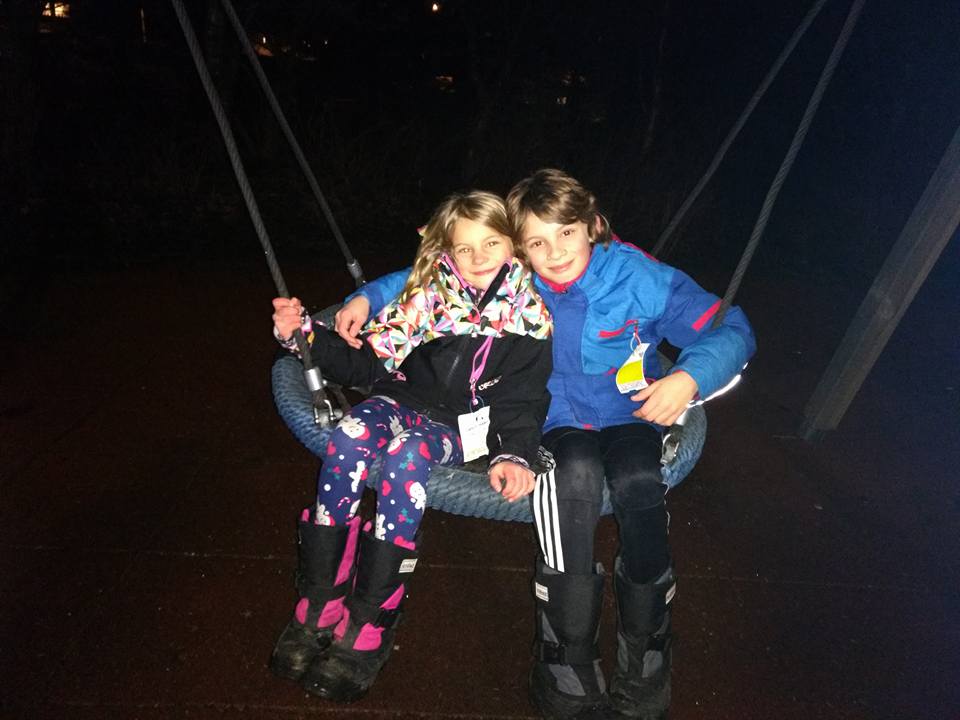 Iceland knows how to treat families right. I was worried about triple the cost of everything in expensive Iceland, but I was in for a very pleasant surprise. I chose not to rent a car because it was mid-winter and I was alone with the kids on this trip, so I booked day-long bus tours instead. Kids under 12 were FREE (teenagers half price). Sweet! Blue Lagoon: FREE, ages 13 and under. Phallological Museum (yep, I took the kids to what might be the only penis museum in the world): FREE, 12 and under. Neighbourhood playgrounds abound, and we spent many hours zip-lining and playing.

Dramatic landscape has enamoured visitors to Iceland since the Danish King arrived to see the “spouting spring” in 1874. A road was built for his carriage, but the king was so enthralled that he rode the whole journey on horseback.

Today, Strokkur is an easy drive from Reykjavik and visitors flock to witness the mighty geyser, which spouts hot water 30 metres in the air about every six minutes. The geothermal field is chock full of smaller geysers and boiling mud pits. Stay on the path or the steamy water could melt your shoes! It is absolutely stunning, and I for one think it would totally be worth the horseback ride.

Icelanders are proud of their abundance of fresh water. The country is flowing with it: hot and cold, churning and still, always clean and healthy, if sometimes tinged with pungent sulphur. There are more than a dozen notable waterfalls, including the impressive Skógafoss, and Seljalandsfoss, which you can walk behind in summertime.

When water is not falling from above, it is bubbling up from below ground. Steamy geothermal pools and spas play a major role in Icelandic culture, and considering there are about 800 hot springs in Iceland, a relaxing soak is never far away. The luxurious Blue Lagoon is perhaps the most well-known geothermal spa in Iceland, and it’s magnificent, but it is just one of many enchanting possibilities.

If you’re looking for a hassle-free, fascinating getaway, Iceland is it. This is one of the easiest countries I’ve travelled around. Maybe it’s the small population, or the fact that virtually every human in the country has access to Internet, or that practically everyone speaks English flawlessly, but information is very easy to come by. Things just make sense. Want to stop at the Blue Lagoon on your way to the airport, without paying outrageous transit fees or dealing with an infuriating schedule? Sure thing. This is Iceland.

Iceland is a country that is literally made of volcanos. Volcanic lava rock is absolutely everywhere, and it is exceptionally cool! Reynisfjara Beach, where the black sand is made of lava, is one of the most dramatic and beautiful spots in the country. Stay back from the water and watch out for sneaker waves, which occasionally sweep the beach and carry hapless bystanders into the frigid sea.

On firmer ground, lava fields are a thing and they are totally surreal. Vast expanses of mossy lava rock will make you feel like you’re on a different planet. Icelanders are very protective of the delicate nature of their country. Be respectful and stay on marked paths; the fine green moss can take decades to recover after it’s been trampled.

Here’s what you can walk through: lava tubes! Formed by hot lava that flowed beneath hardened lava, they are now long caves full of stalactites and stalagmites (spindly mineral formations that grow down from the ceiling, and up from the ground). Ask your guide if they can switch off the lights and experience pretty much the darkest possible conditions on earth.

Trolls are well known inhabitants of Iceland, according to the locals, but they only come out at night for food. If a troll is caught by sunlight, it is immediately cast to stone and must remain a rock giant forever. Keep an eye out for these unfortunate creatures and you will see them everywhere. There is one husband and wife troll out there right now, off the shores of Vik, who went for a midnight paddle in the sea, but misjudged the tide and the sun came up before they could reach land.

If elves are more your thing, head to Hafnarfjordur, which boasts one of the highest populations of elves and dwarves in Iceland. Sign up for Icelandic Elf School and come away with a diploma. How’s that for a conversation starter?

Packing in a side trip to Iceland couldn’t be easier. The country’s two major airlines, Icelandair and WOW Air, provide free stopovers with all roundtrip flights between Europe and North America. An easy six hour flight from Toronto, you couldn’t ask for a better way to break up a long-haul. The country is compact and most of the highlights are within an easy drive from Reykjavik, so even three days would give you a perfect introduction. There’s no reason not to!

Iceland is a clean energy powerhouse

Iceland produces more green energy per capita than anywhere else on the planet. Geothermal power is one of Iceland’s greatest assets: 93% of buildings, houses and schools are heated with geothermal hot water, plus it warms swimming pools, fish farms and greenhouses. All pollution free. Hydropower is the other main energy source, followed by solar power, although Iceland does not get loads of sunny days. It is super windy though, which is awesome because in the last five years wind power has been aggressively explored and it looks like it’s on deck to be the next big thing.

This is all great on paper, but go and feel the precious geothermal steam doing its thing. Visit the warmly lit greenhouses buzzing with busy honey bees pollinating and working to grow vegetables. Breathe in some of the cleanest air on the planet and you’ll be full of all that is right with the world. Really.

Where else but Iceland can you walk along a rift valley and literally look at the edge of North America? Thingvellir National Park is the site of the mid-Atlantic Ridge where the North American and Eurasian tectonic plates meet; the only place in the world where a meeting of this kind happens above sea level. It is gorgeously photogenic, and in a way your photo today will be historically significant in the future: these plates are drifting apart at the rate of one inch per year and the gap between will someday fill with sea water.

Sleep on top of the world

I’ve got a pretty eclectic mix of travel goals, and weird distinctions thrill me. Reykjavik happens to be the world’s northernmost capital city and I think that is just the coolest. The arctic circle is just a few degrees north and when I was falling asleep in my Reykjavik hotel that first night, that’s ALL I could think about. Do you have any weird travel goals? I’d love to hear them!